Cookie preferences
This website uses cookies, which are necessary for the technical operation of the website and are always set. Other cookies, which increase the comfort when using this website, are used for direct advertising or to facilitate interaction with other websites and social networks, are only set with your consent.
Configuration
Technically required
These cookies are necessary for the basic functions of the shop.
Allow all cookies
CSRF token
Cookie preferences
Currency change
Customer recognition
Customer-specific caching
Decline all cookies
Individual prices
PayPal payments
Selected shop
Session
Comfort functions
These cookies are used to make the shopping experience even more appealing, for example for the recognition of the visitor.
Note
Statistics & Tracking
Affiliate program
Google Analytics
Track device being used
Categories
Information 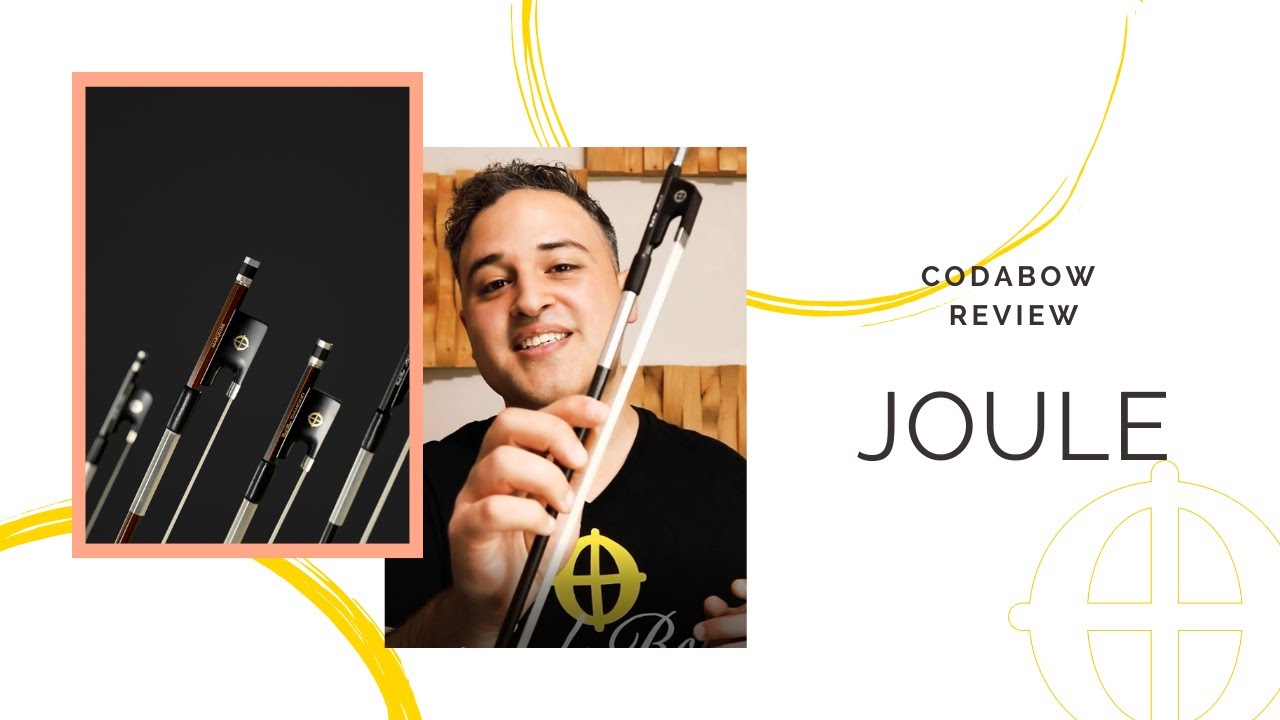 Description Evaluations 1
Description
Strong and brilliant, the JOULE has a powerful resonance on the lower strings and a... more
Close menu

Strong and brilliant, the JOULE has a powerful resonance on the lower strings and a strong projection over all pitches. The innovative design of the pole, which cannot be achieved with conventional materials, gives more mass to critical areas while maintaining a balanced weight distribution and comfortable flexibility. The JOULE is ideal for electric instruments. Who plays CodaBow?

The bows feature GlobalBow® technology and contain only harmless materials. Thus the bow can be taken carefree on journeys.

Several weight points along the length of the bow allows you to hold your bow lightly and still have a powerful tone.

Here comes 2019, and I decided to get a Glasser AE 5 strings. It’s a whole other ball game to play an acoustic with an extra string. I felt that the Luma CodaBow I had before was not getting the job done equally on both violins, the Glasser and the YEV.
After watching some other players reviews about the Luma it felt natural to evolve, and thanks to Eureka Instruments, I got a brand new Joule to try out.
Immediately I felt a difference on the response of the C strings on both violins. The Joule has several weight points along the length of the bow, the allow you to hold your bow lightly but still have a powerful tone.
To me it feels even lighter than the Luma, I’m sure that in a few weeks I’ll get familiar with the new physics of the bow.

Glasser Braided Carbon Fiber Violin Bow
€270.00 *
This website uses cookies, which are necessary for the technical operation of the website and are always set. Other cookies, which increase the usability of this website, serve for direct advertising or simplify interaction with other websites and social networks, will only be used with your consent.
Decline Accept all Configure